To share your memory on the wall of Robert Linwood Adams, sign in using one of the following options:

Robert attended a one room school house across the street from his home, before going on to attend and graduate from Brewer High School in 1953. Following high school Robert began working for the Bangor and Aroostook Railroad.

In 1958, at the age of 23, he received his draft notice. He served in the United States Army and was stationed in Germany until being honorably discharged in 1964. Following his discharge, Robert returned to his old job as a railroad conductor, retiring in 1995, after 41 years of employment.

From childhood he was a member of the North Brewer-Eddington United Methodist Church, which was the church his family helped found in 1846. He sang in the church choir and served on many committees throughout the years. Robert was an avid sports fan who enjoyed watching the Red Sox, Patriots, and Bruins.

Robert is survived by his loving wife of 33 years, Judy M. Adams; son, Jason; grandchildren, Hannah and Jaxson; sister, Joan Turner and her husband Stephen; many cousins, nieces, and nephews.

The family would like to thank a family friend, Carol Jordan, who was instrumental in his care as well as Mary, Sharon, and Brandy from the Maine Veteran’s Home for the loving care shown to Robert.

Relatives and friends are welcome to call from 5-7:00 p.m. Tuesday, April 30, 2019, at the Brewer Chapel of Brookings-Smith, 55 South Main Street, Brewer. Funeral services will be held 10:00 a.m. Wednesday, May 1, 2019, at the North Brewer-Eddington United Methodist Church, 31 Main Road, Eddington with the Rev. Gretchen Casey, Pastor, officiating. Interment will be held in the North Brewer Cemetery, Brewer. The family invites relatives and friends to share conversation and refreshments in the church fellowship hall immediately following the service.

Those wishing to remember Robert in a special way may make gifts in his memory to the North Brewer-Eddington United Methodist Church, 31 Main Road Eddington, Maine 04428. Condolences to the family may be expressed at BrookingsSmith.com.
Read Less

We encourage you to share your most beloved memories of Robert Linwood here, so that the family and other loved ones can always see it. You can upload cherished photographs, or share your favorite stories, and can even comment on those shared by others. 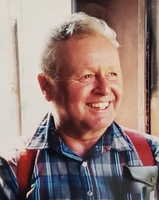 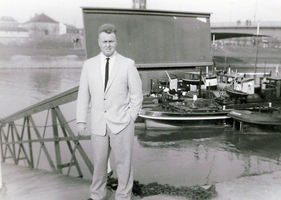