To share your memory on the wall of Barbara J. Brown, sign in using one of the following options:

Provide comfort for the family by sending flowers or planting a tree in memory of Barbara J. Brown

Provide comfort for the family by sending flowers or planting a tree in memory of Barbara J. Brown

Print
BANGOR – Barbara J. Brown, 96, died April 21, 2021 at her home surrounded by her loving family. She was born January 7, 1925, the only daughter of Charles and Alice Hilton of Freeport.

Barbara was predeceased by her husband of 67 year... Read More
BANGOR – Barbara J. Brown, 96, died April 21, 2021 at her home surrounded by her loving family. She was born January 7, 1925, the only daughter of Charles and Alice Hilton of Freeport.

Barbara was predeceased by her husband of 67 years, Edgar, and her three brothers, Myron Hilton of Bath, Richard Hilton of Freeport, and Maurice Hilton of Pownal.

She graduated from Freeport High School as Valedictorian of her class in 1942. She worked at the Brunswick Naval Air Station during the Second World War, and in later years was a librarian at Fairmount School in Bangor.

Barbara is survived by her devoted children, and their spouses: Susan Johnson and her husband, Paul of Veazie, Marsha Blake and her husband, George Luskus of Pennsylvania, Brenda Doughty and her husband, Timothy of Pittsfield and Paul Brown and his wife, Marie of Bangor, who came to stay with Edgar and Barbara during their last years. Barbara will be remembered by her grandchildren, step grandchildren, great grandchildren, nieces and nephews. The family would like to give a special thanks to her caregivers from Beacon Hospice.

Barbara was a long-time member of Hammond Street Congregational Church where a celebration of her life will be held 2pm Wednesday, April 28, 2021 with Rev. Joseph Schulte officiating. Those who wish to remember Barbara in a special way may make gifts in her memory to the Hammond Street Congregational Church Food Cupboard, P.O. Box 1106, Bangor, ME 04402-1106. Condolences to the family may be expressed at BrookingsSmith.com.
Read Less

We encourage you to share your most beloved memories of Barbara J. Brown here, so that the family and other loved ones can always see it. You can upload cherished photographs, or share your favorite stories, and can even comment on those shared by others.

Dustan and I always enjoyed being part of and knowing both of your parents in the Couples Club. Know that I feel the loss of your mother at this difficult time.

With much caring,
Jeanne Rogers

Posted Apr 26, 2021 at 03:39am
With all the Blake family, especially the children and grandchildren, we add our praises for this remarkable woman's life, hospitality, and Christian example of faith and kindheartedness. May her memory be a blessing to us all.
Richard and Sandy Blake
Comment Share
Share via:
HS

Flowers were purchased for the family of Barbara J. Brown. Send Flowers 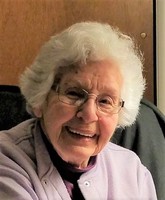 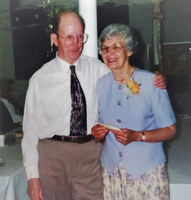