To share your memory on the wall of Phyllis Wardwell Goss, sign in using one of the following options:

Provide comfort for the family of Phyllis Wardwell Goss with a meaningful gesture of sympathy.

Phyllis graduated from Somerset Academy and then Eastern Maine General Hospital School of Nursing in the United States Cadet Nurse Program in 1948. She married Reginald Wardwell in 1950, a Marine Corps member and moved to California to work at Camp Pendleton. In 1956, after returning to the East Coast, a daughter, Sharon Anne was born. They made their home in Glenburn where she continued to reside for nearly 70 years. Phyllis was ahead of her time in believing women were capable and responsible for striving to fulfill their own dreams. She bet on her own determination, intelligence and character to achieve a well lived life.

Phyllis was employed at Eastern Maine Medical Center and St. Joseph's as a nurse wearing many caps; direct care, supervisory and patient/staff education, but nothing brought her as much joy as working directly with the patients she so lovingly served. She continued to expand her nursing education and received her BSN in 1978 from USM and then completed her Masters degree in Nursing from Boston University in 1981. She was a member of many community and nursing organizations and in 2005 was selected for the Nursing Hall of Fame Award at Husson College. She was inducted into the Honor Society of Nursing, Sigma Theta Tau International as a member in 1992. Phyllis was the Health Nurse for the town of Glenburn for 20 years. She established and led the first Brownie and Girl Scout troops in Glenburn. She served as a member of Altrusa, a Board member of St. Joseph Hospital Auxiliary and an active member of her Nursing Alumnae Association. Phyllis was a member of First United Church, Essex Street for many years.

In 1990 Phyllis married Ralph Goss, and together they loved traveling, tending their raspberry patch, dancing with their beloved dog Misty, and especially enjoyed attending Ralph's WWll Army reunions in many different states. They traveled extensively, and enjoyed learning about the world we live in. But she always looked forward to coming home to Maine; and prided herself as a dyed in the wool Maineiac. Saturday Nighters and Shrine events with Ralph became some of Phyllis's favorite memories, as well as family events and welcoming new additions to her fold as they came along. Never one to pass up something to satisfy her sweet tooth, raspberry filled cookies were a fast track to her heart, and she coveted her daily newspaper, a long nap, listening to medical breakthroughs on her talking books, and a feisty debate. Upward looking and the light are her reward for a life well lived with grace and dignity. Her wit, wisdom and whistling skills will be sorely missed.

Phyllis is survived by her loving daughter, Sharon Lerette, her husband, Don and her beloved dog, Misty of Auburn; three grandsons, Raymond and wife Sandra, Sean and wife Sarah, and Adam and wife Tiffany; great grandchildren, Timothy, Zachary, Matthew, Maisie, Camden, Shea and Julianna; her dear sister, Lois Hartford of Florida, and fourteen nieces and nephews; two stepsons, Jerry Goss and wife Jeanne of Brewer, Kevin Goss of Bangor and their wonderful families. She will be missed by friends and neighbors who kindly lent a hand when times got more difficult for Phyllis to remain in her home. She was predeceased by her husband, Ralph Goss, her parents, her brother, Gordon Linkletter and sisters, Ernestine Turner and Ruby Petley. She was also predeceased by her niece, Judith Hartford, grandniece, Audra Linkletter and grandnephew, Ryan Linkletter.

The family would like to extend much gratitude to the thoughtful and compassionate care Phyllis received while a patient in the ER, ICU and M4 at CMMC in Lewiston.

If desired, in lieu of flowers, please consider donations in Phyllis Goss' memory to: Fisher House at Togus Hospital to provide shelter for families as they provide support for our veteran's while hospitalized far from home. Donations should be mailed to VA Maine Voluntary Service Togus 1 VA Center (MDP 135), Augusta, Maine 04333; on donation memo, please indicate Fisher House / Phyllis Goss. Interment will be in the spring at The Maine State Veteran's Cemetery in Augusta. Condolences to the family may be expressed at BrookingsSmith.com.
Read Less

We encourage you to share your most beloved memories of Phyllis Wardwell Goss here, so that the family and other loved ones can always see it. You can upload cherished photographs, or share your favorite stories, and can even comment on those shared by others.

Posted Feb 07, 2020 at 01:24pm
I was one of Phyllis’s caregivers for over a year. She was a wonderful client and was like a mother to me. I will never forget the many times we laughed together and the great times we had. She was a treasure and will always hold a special place in my heart. I send my condolences to the family and tell you that you Phyllis was a wonderful person.
Comment Share
Share via:
DD

Posted Jan 29, 2020 at 05:56pm
So sorry to learn of Phyllis's death and send sincere condolences to you Sharon and your family about whom she discussed with pride.She was a nursing role model, compassionate and intelligent. Through the years, never losing contact, I was aware of her community activity and of course her ardent efforts with the Nurses Alumni. Visiting with her and phone conversations were nostalgic and cathartic for us both. We’ll all miss her, without a doubt. Blessings, Dawn Dyer
Comment Share
Share via:
CC

Posted Jan 27, 2020 at 03:52pm
Phyllis was a volunteer with the St. Joseph Hospital Auxiliary when I worked with that group. She was a wonderfully caring woman, and inspired me greatly. I'm sorry to hear of her passing. She made a wonderful impact on the Bangor community and will be missed greatly.
Sincerely, Christina Caron
Comment Share
Share via: 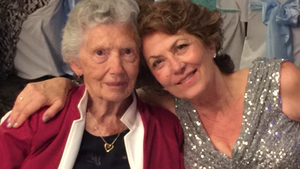 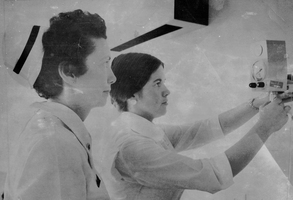 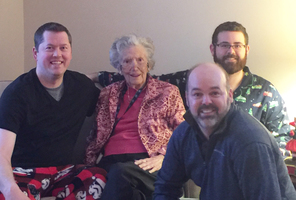