To share your memory on the wall of Norman W. Buzzell, sign in using one of the following options:

Provide comfort for the family by sending flowers or planting a tree in memory of Norman W. Buzzell

Provide comfort for the family of Norman W. Buzzell with a meaningful gesture of sympathy.

Norman was a graduate of Piscataquis Community High School, Class of 1954 and was the recipient of the Merit Award. He was a 1958 graduate of the University of Maine, with a BS degree in Business. Norman was a member of the Army National Guard. He was employed by the Eastern Trust & Banking Company, retiring as a Vice President. Following his retirement from the Bank he was employed for many years by Canteen Services of Bangor. Norman was a member of the First United Methodist Church for many years and enjoyed being active in local music circles. He was a former member of the Bangor/Brewer Kiwanis Club and the Masons.

A memorial service will be held 2pm Saturday, June 15, 2019 at the First United Methodist Church, 703 Essex Street, Bangor. A reception will follow at the Fellowship Hall, immediately following the service, Saturday. Interment will be in the Sangerville Village Cemetery, Sangerville. Those who wish to remember Norman in a special way may make gifts in his memory to the Memorial Fund of the First United Methodist Church. Condolences to the family may be expressed at BrookingsSmith.com.
Read Less

We encourage you to share your most beloved memories of Norman W. Buzzell here, so that the family and other loved ones can always see it. You can upload cherished photographs, or share your favorite stories, and can even comment on those shared by others.

Posted Jun 06, 2019 at 06:35am
In loving memory of Uncle Norman. Our thoughts and prayers are with you all. Love, Dawn Buzzell, Megan and Kurt Biesecker and Barbara Buzzell 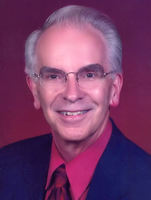