To share your memory on the wall of Joan Marie (Forbes) Logue, sign in using one of the following options:

Provide comfort for the family of Joan Marie (Forbes) Logue with a meaningful gesture of sympathy.

Print
CUMBERLAND & ORONO - Joan Marie (Forbes) Logue, beloved matriarch of the Logue family, passed from this life peacefully with her family by her side on January 17, 2020. She was born on March 19, 1925 in Woburn, Massachusetts, the daughter of John an... Read More
CUMBERLAND & ORONO - Joan Marie (Forbes) Logue, beloved matriarch of the Logue family, passed from this life peacefully with her family by her side on January 17, 2020. She was born on March 19, 1925 in Woburn, Massachusetts, the daughter of John and Ethel (Tanton) Forbes.
She graduated from St. Charles High School in Woburn, Mass. She received her nurses training at St. John’s Hospital in Lowell, Massachusetts, after which she worked for the city of Woburn as a public health nurse. On one visit, she was asked to care for a young man who had been injured in an auto accident. Joe Logue, her less than ideal patient, soon became her devoted husband of almost 60 years. Joe and Joan moved to Maine early in their marriage for what they thought would be a brief stay and never left. They raised their children in Orono, were congregants of the Newman Center, and supporters of their children’s (and grandchildren’s) numerous school activities.
Joan worked for the town of Orono for many years as a visiting nurse, doing everything from new baby visits to end of life support with kindness and competence. She also worked as the school nurse in Orono and Veazie where children who needed a bit of TLC could always count on Mrs. Logue to keep their confidences and put a bandaid on a real or imagined hurt.
Joan, a shy and unassuming woman, became an advocate for individuals with disabilities when her son was diagnosed as Deaf, at a time before laws protected educational access. She, along with her husband, was instrumental in creating the Conley Center for Speech, Language and Hearing at the University of Maine. She also served as a founding board member of the Treats Falls House and continued to serve on that board until her late 80’s, holding strong affection for the residents of Treats and a commitment to provide high quality care and education. Joan was an active member of the Orono Health Association for many years and a grateful recipient of their services in her later life. Joan was an accomplished seamstress. Her artistry extended far beyond functionally clothing her family to include attiring dolls and Halloween costumes and creating heirloom dresses for family weddings.
Joan was predeceased by the love of her life, Owen Joseph Logue Jr., in 2010. She continued to live in her home until she was 94. It is because of Orono’s Good Morning program and caring neighbors and friends that she could do this. She is survived by her four children, Mary Ellin (Mark Lesser), Martha (Donald Monahan), Owen Joseph, III (Barbara Woodcock), and Helen La Count; as well as 9 grandchildren and their families, Nathan Lesser (fiancé, Katherine Lyons), and Daniel Lesser, Brianna Monahan (Kevin Schwery), Keira Monathan Ithomitis (Adam Ithomitis), and Kyle Monahan, Amanda Hudson (Caleb Hudson), Peter Logue (fiancé, Brittany Parker), and Robbie Logue, Spencer La Count; and two great-grandchildren, Finn Schwery and Hannah Hudson as well as baby Schwery, soon to arrive. She had a special and unique relationship with each of her children and grandchildren, each of whom was her favorite! She is also survived by a large extended family, her brother, Jack Forbes from Quincy, MA; her sister-in-law, Joan Logue of Wakefield, MA; and 22 nieces and nephews, their children and grandchildren.
The family would like to acknowledge the attentive and kind care she received by the staff of Ledgeview Assisted Living, The Woods at Canco, and Northern Light Hospice.
Relatives and friends are welcome to call 4-6 p.m., Thursday, January 23, 2020, at the Orono Chapel of Brookings-Smith, 72 Main Street, Orono. A Funeral Mass will be held 11 am, Friday, January 24, 2020, at the Newman Center, 83 College Ave, Orono. Those who wish to remember Joan in a special way may make gifts in her memory to, Independence Advocates of Maine, 2 Hillside Rd, Orono, ME 04473, or the Percival P. Baxter Foundation for the Deaf and Hard of Hearing, 1 Mackworth Island, Falmouth, ME 04105 (PPBFME.ORG). Condolences to the family may be expressed at BrookingsSmith.com
Read Less

We encourage you to share your most beloved memories of Joan Marie (Forbes) here, so that the family and other loved ones can always see it. You can upload cherished photographs, or share your favorite stories, and can even comment on those shared by others.

from the Forbes Family and From your brother Jack have sent flowers to the family of Joan Marie (Forbes) Logue (Forbes).
Show you care by sending flowers

Posted Jan 24, 2020 at 01:13pm
Joan's stay here at Ledgeview was indeed short, but we had enough time to know her, the sweet & delightful matriarch of a wonderful family. We are saddened by your loss, yet grateful for the time she seemed to enjoy here. Each resident leaves an imprint on our hearts; disproportionate to time, Joan's is very deep and large. Thank you for the opportunity we had to treasure both her and you, her family.
Comment Share
Share via:
JY

Posted Jan 23, 2020 at 07:37am
Our sympathies to the entire Logue family. We enjoyed many occasions with both Joan and Joe during his Maxwell House years and continued after Joe's retirement. Very thankful to have seen Joan for a nice lunch with Mike Reagan a few years ago and visited Joe's gravesite. Joan was a special person and we were thankful for her council, friendship and advice. We can't think of anyone we admired more than Joan Logue. May she rest in peace and enjoy being reunited with Joe. Jack & Mary Anne Young
Comment Share
Share via:
FF

from the Forbes Family

from the Forbes Family purchased flowers for the family of Joan Marie (Forbes) Logue. Send Flowers

From your brother Jack

From your brother Jack purchased flowers for the family of Joan Marie (Forbes) Logue. Send Flowers 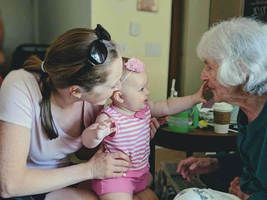 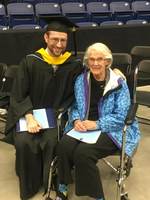 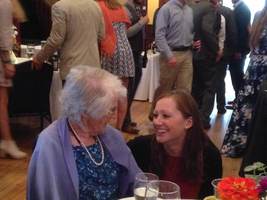