To share your memory on the wall of Scott Clark, sign in using one of the following options:

Provide comfort for the family of Scott Clark with a meaningful gesture of sympathy.

He was a 1973 gr... Read More
Kenduskeag - Scott Jay Clark, 65, passed away peacefully August 12, 2019 after a long and courageous battle with cancer. Scott was born February 22, 1954 in Dover Foxcroft, to Leon Laforest Clark and Joyce (Carr) Clark.

He was a 1973 graduate of Bangor High School and worked as an electrician for Northern Lights (EMMC) for 42 years. Besides his family, camping, hunting and fishing were his passions. At an early age he bought land, built a camp and became a Registered Maine Guide. He operated Baker Brook Sporting Camp Guide Service in Kenduskeag for 25 years and relished the stories and friendships made there. Upon retirement in 2015, Scott and his co-workers went to camp and permanently retired his alarm clock by blowing it up. He loved spending time with family in the outdoors and supported numerous golf charities including chairing the Lee “Jim” Higgins Memorial Golf Tournament benefiting the John Bapst Scholarship fund.

The family would like to extend heartfelt gratitude to the nursing staff on the third floor of Northern Lights for the attentive and thoughtful care given during his time there. Many thanks to family, friends and extra special neighbors who have called, checked-in and offered their help with Scott’s care.

In lieu of flowers, the family would appreciate a donation in Scott’s memory to the charity of your choice. Condolences to the family may be expressed at BrookingsSmith.com
Read Less

We encourage you to share your most beloved memories of Scott here, so that the family and other loved ones can always see it. You can upload cherished photographs, or share your favorite stories, and can even comment on those shared by others.

Posted Aug 16, 2019 at 01:14pm
Dear Clare and family,
I was so very sorry to read the news about Scott. He was a very special person indeed. The write up in the paper was just wonderful and really showed how talented and caring he was. I will always remember chatting with him at 6 am in the breakfast line at EMMC or in the NICU when he had a task to do. We always found something to talk about, always. He will be truly missed.
My thoughts are with you at this time Clare.
With love,
Pat Martin
Comment Share
Share via: 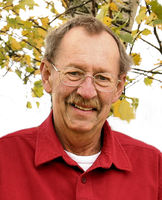