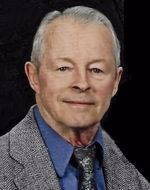 Orono- Eben Averill Osgood, Jr., died April 29, 2022. He was born May 22, 1929 in Meddybemps, ME and was the youngest child of Eben Averill Osgood and Sadie Gillespie Osgood. He attended school in Stillwater and Mattawamkeag, ME, East Hartford, CT, and Lynn, MA. He graduated from Lynn English High School in 1947, where he lettered in track, competing in the Long Jump, 100- and 200-yard dash, and the 4 x 100-yard relay.

Eben moved often during childhood. He found participation in sports to be an excellent way to meet people. He especially enjoyed playing baseball and fast-pitch softball. He enjoyed gardening and being outdoors. As he grew up, fishing and hunting became part of the seasons.

Eben spent several summers working on the Meddybemps farm of his uncle, Robert Gillespie. Blueberries and potatoes were the major crops. The money he made working on the farm helped pay for his education at the University of Maine. He received his Bachelor of Science degree in Forestry in 1951. After graduation, he accepted a job with the Maine Bureau of Entomology and Plant Quarantine in Aroostook County for the summer of 1951. Later in 1951, with the U.S. involvement in the Korean War, he enlisted in the U.S. Navy. He trained as a weatherman at the Naval Postgraduate School in Monterey, CA. While in the Navy, he played on Navy baseball and fast-pitch softball teams. Later he served on the aircraft carrier USS Shangri-La in the Pacific and was honorably discharged from the Navy in 1955.

Eben enrolled at Duke University where in 1956 he received his Master’s-degree in Forestry with a concentration in Forest Entomology. For two years he then worked at what is now known as the U.S. Forest Service Research Station in Asheville, NC. While in Asheville he met Janice Curry of Clover, SC who he married in 1957. Their daughter was born in Asheville.

Eben then moved to St. Paul, MN in 1958 to pursue his doctorate at the University of Minnesota. During his time in St. Paul, his two sons were born. Eben received his PhD in Entomology in 1962 and then worked for one year at the U.S. Forest Research lab in the Research Triangle Park of North Carolina.
In August 1963, Eben, Janice, and their three children moved to Maine when he accepted a position as Assistant Professor of Entomology at the University of Maine at Orono. While at UM Orono he taught seven different courses and was a mentor to many undergraduate and graduate students. Eben had numerous scientific publications, many with graduate students. His teaching and research continued until retirement in 1993 as Professor of Entomology. He was a member of the Entomological Society of America, the Entomological Society of Canada, and the Acadian Entomological Society.

Eben was a baseball fan of the Boston Red Sox, Saint Louis Cardinals, and the University of Maine. He also was a fan of track and field and personally ran in many regional road races, track events, and the Senior Games. During one calendar year, Eben held the 9th fastest time nationally in his age-group of the USATF Masters 800 meter run.
Eben enjoyed hunting and ice fishing with his close friends, John Dimond and Dick Storch. They often left before sunrise and returned long after dark, regardless of the weather, and could be found anywhere from Spider Lake to Isle Au Haut.

Eben was predeceased by his parents, his sisters Sadie Osgood Boutwell and Ellie Osgood Goodspeed Martin, and his brother Charles Robert Osgood. He is survived by his wife of 65 years, Janice Curry Osgood; daughter Susan Osgood Miller and her husband, Tim, of Atkinson, NH; son Kevin Osgood, MD and wife, Joy, of Orono, ME; son Kenric Osgood, PhD and wife, Sharon, of Rockville, MD; and six grandsons: Mathew Osgood and wife Kelsey, Forrest Osgood, Evan Miller, Davis Miller, Eric Osgood, and Grant Osgood. He was proud of them all.
He is also survived by his half-siblings Henry Osgood, Hope Escabedo, and Robin Osgood as well as many in-laws, nieces, nephews, and cousins.

A graveside service with military honors will be held 11am, Saturday, June 25, 2022 at the Riverside Cemetery, Bennoch Road, Orono with Dr. Steve Smith, pastor of the First United Methodist Church, Bangor and the Corinth United Methodist Church officiating. The family invites relatives and friends to share conversation and refreshments at the Family Reception Center of Brookings-Smith, 163 Center Street, Bangor following the service.

Eben placed a high value on education and a desire to ensure that motivated students were given the opportunity to receive an education. To that end, Eben and his wife Janice established a Scholarship Fund at the University of Maine. Gifts in memory of Eben can be made payable to: University of Maine Foundation, Two Alumni Place, Orono, ME 04469-5792 or online at umainefoundation.org/memorial, designating donations go to the Eben A. and Janice C. Osgood Scholarship Fund.

Condolences to the family may be expressed at BrookingsSmith.com.