To share your memory on the wall of Jerrell Jubinville, sign in using one of the following options:

Provide comfort for the family of Jerrell Jubinville with a meaningful gesture of sympathy.

Jerry served in the U.S Army from 1965 until 1969. He was a member of the American Legion Post #73 in Corinna. Jerry was an avid outdoorsman with a passion for hunting and fishing. Family was so important to Jerry; he and his wife, Pat opened their home for adult foster care.

Those who wish to remember Jerry in a special way may make gifts in his memory to the Bangor Humane Society, 693 Mt. Hope Avenue, Bangor, ME 04401, because he loved his rescued dogs so much.

A celebration of Jerry’s life will be announced at a later date.
Read Less

We encourage you to share your most beloved memories of Jerrell here, so that the family and other loved ones can always see it. You can upload cherished photographs, or share your favorite stories, and can even comment on those shared by others.

Plant a Tree in Memory of Jerrell
Plant a tree 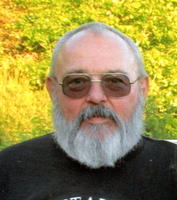