To share your memory on the wall of Barbara Baylor (Norton) MacKay, sign in using one of the following options:

Provide comfort for the family of Barbara Baylor (Norton) MacKay with a meaningful gesture of sympathy.

Barbara was above all devoted to her family. In Boston she met Mel MacKay of Syracuse, New York, and their marriage spanned 54 years, taking them from the Boston area to Rochester and Corning, New York, and then to Needham, Massachusetts, where she worked at Elaine’s dress shop. In 1972, Barbara, Mel, and family moved to Martha’s Vineyard, an island they had fallen in love with and where Barbara designed the new house they built outside Oak Bluffs—though she later found the early 19th-century house of her dreams on Main Street in Vineyard Haven. During the Vineyard years she opened a boutique in Edgartown called Marque III East, then went to work for Murray’s in Vineyard Haven. Trips to England, Scotland, Europe, and Bermuda delighted her, as did return trips to Blue Mountain Lake in the Adirondacks, where she and Mel had honeymooned, and to Maine and Nova Scotia. Barbara and Mel moved to East Dennis in 1987. After his death in 2008, Barbara spent her last years quietly in assisted living, first at Thirwood Place on Cape Cod and finally at Sylvia Ross Home and Ross Manor in Bangor, enjoying attentive and affectionate care as her dementia became increasingly limiting. Thanks also to the people at Aging Excellence for wonderful companionship and support.

Barbara was a gentle soul, full of good humor and quick with puns and quips. When life was a challenge, she was the last person to complain or think of herself. She will be greatly missed by family and friends, including sons Jack of Putney, Vermont, and Mel and his wife, Laura, of Bangor; grandchildren Gordon of Idaho, Scout of Mexico City, and Tim and his wife Jiani Wang of New Jersey and Bangor; devoted sister Betty Dolan of Yarmouth Port and her children Annie, Kari, Debbie, and Josh and their families; a nephew who is more like a son, Jeff Brown, and his wife, Karen, and their children, Matt and Allison (the Martha’s Vineyard branch of the family); sister-in-law Janet Kittley and her daughters Beth and Susan, of Minnesota; as well as cousins and friends both near and far. In addition to her parents, Barbara was predeceased by daughter-in-law Karen McDowell MacKay, brothers-in-law Robert Dolan and William Kittley, and sister-in-law Joan MacKay Brown.

In lieu of flowers, those who love Barbara are encouraged to donate to their favorite charity. A service on Cape Cod is planned for Saturday, October 5, 2019 at 10 a.m. at Doane, Beale & Ames Funeral Home, 729 Route 134, South Dennis, MA 02660. Condolences to the family may be expressed at BrookingsSmith.com
Read Less

We encourage you to share your most beloved memories of Barbara Baylor (Norton) MacKay here, so that the family and other loved ones can always see it. You can upload cherished photographs, or share your favorite stories, and can even comment on those shared by others. 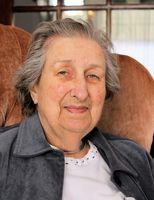