To share your memory on the wall of J. William "Bill" Quinn, sign in using one of the following options:

Provide comfort for the family by sending flowers or planting a tree in memory of J. William "Bill" Quinn

Provide comfort for the family of J. William "Bill" Quinn with a meaningful gesture of sympathy.

He Was Born April 14, 1931 in Bangor the son of John Thomas and Edith Marie (Bielaski) Quinn.

He Was Born April 14, 1931 in Bangor the son of John Thomas and Edith Marie (Bielaski) Quinn.

Bill graduated from John Bapst High School, class of 1949, where he was a right tackle on the undefeated state championship football team. He also played on the varsity basketball and track teams. After graduation Bill attended Higgins Classical Institute, Class of 1950, where he was named All State Tackle for the Prep School Championship football team. He graduated from Husson College with a degree in Business. He was President of the Senior Class and Sigma Chi and Vice President of the Men’s Athletic Association. He then went on to earn a Master’s degree in Business Education from the University of Maine.

Bill began his long teaching career at Van Buren Boys High School in 1955 where he taught business education and was the athletic director and head basketball coach. In 1963 he moved back to Bangor where he taught business education from 1963 until he retired in 2000 after 45 years of teaching. Bill was also a licensed real estate broker for 33 years with his twin brother Bob at the Quinn Agency in Bangor. Bill rarely missed one of his son’s or grandchildren’s sporting events and he will be well remembered for his love of family, sense of humor and his prolific jokes.

Priscilla and the family would like to thank Karen for her care and friendship to the family over the last year as well as Beacon Hospice for their support and care.

A Funeral Mass will be held 10 am Friday, October 18, 2019 at St. Paul the Apostle Parish, St John’s Catholic Church, 217 York St Bangor. Following the service, the family invites everyone to a reception in the church hall.

Those wishing to remember Bill in a special way may donate in his memory to the John Bapst Love That School Campaign at The Campaign for John Bapst, 100 Broadway, Bangor, ME 04401.
Condolences to the family may be expressed at BrookingsSmith.com.
Read Less

We encourage you to share your most beloved memories of J. William "Bill" here, so that the family and other loved ones can always see it. You can upload cherished photographs, or share your favorite stories, and can even comment on those shared by others.

Flowers were purchased for the family of J. William "Bill" Quinn. Send Flowers

Posted Oct 16, 2019 at 01:38pm
With loving memories of Mr. Quinn, who treated me (and many other neighborhood friends) as if I were another of his sons - grateful. Rest well. 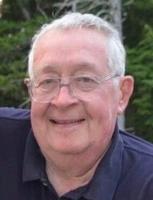 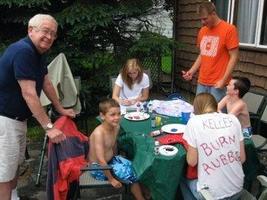 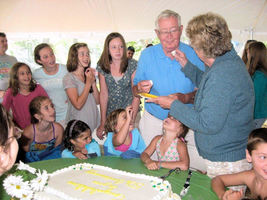