To share your memory on the wall of Charles Peirce, sign in using one of the following options:

Provide comfort for the family of Charles Peirce with a meaningful gesture of sympathy.

Bud was a graduate of Cony High School, Class of 1965, and the University of Maine, Class of 1970, majoring in Economics.

He was the Co-founder and Administrative Director of the American Institute for Creative Education for 30 years.
Family was very important to him. A love of his was maritime history, especially in the St. Croix Valley and Passamaquoddy Bay area.

Bud was an avid sports fan and enjoyed cheering on the Boston Red Soxs and the New England Patriots.
He developed a talent for gardening as evidenced by the lovely landscaping surrounding his home in Manchester. Bud enjoyed photography and produced many beautiful flower calendars for friends and family annually.

He is survived by his sister, Catherine Hopper and brother- in-law Edward Hopper and nephew, Christopher Hopper, all of Orono and a special friend Terry McCabe of Farmingdale.

Bud's family thanks the staff of at Brewer Health and Rehabilitation Center for the care given to him over the past 15 months.

A private committal service will be held for the family at a later date.

Those who wish to remember Bud in a special way may make gifts in his memory to a charity of choice. Condolences to the family may be expressed at www.BrookingsSmith.com.
Read Less

We encourage you to share your most beloved memories of Charles here, so that the family and other loved ones can always see it. You can upload cherished photographs, or share your favorite stories, and can even comment on those shared by others.

Posted Oct 13, 2019 at 01:24pm
Bud and I were acquainted at Cony and later became friends at UMO, where a group of us shared an apartment house on Mill St. in Orono. He was a good guy and we had some memorable times. As often happens, we unfortunately lost touch over the years. I am sorry to learn of his illness and recent passing. May he be at peace.
Comment Share
Share via: 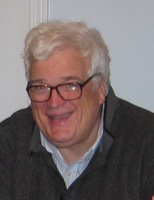