To share your memory on the wall of Robert Wass, sign in using one of the following options:

Provide comfort for the family of Robert Wass with a meaningful gesture of sympathy.

Bob served in the U.S. Navy during the Korean confli... Read More
HAMPDEN- Robert Leonald “Bob” Wass, 85 passed away peacefully at his home October 25, 2019. He was born May 11, 1934 in Jonesboro Maine, the son of Willard and Lucy (Norton) Wass.

Bob served in the U.S. Navy during the Korean conflict. He was in the Hampden fire department for 20 years and he worked in sales up until he retired. Bob’s favorite past time was hunting with Kerry and his grandsons, then going to the local restaurant for lunch and to swap stories. He also enjoyed taking his great grandchildren out on the four-wheeler and then to the tree house for lunch. Bob loved all of the family gatherings and trips that the family went on, as his family was everything to him

In addition to his parents, he was predeceased by a sister, Merla Shook of Antiock, TN. Surviving, in addition to his wife, Natalie (Nichols) Wass, of 67 years; a son, Kerry Wass and wife, Connie of Newburgh; a daughter, Elaine Huntley and husband, Steve of Hampden; and a son, Reg Wass and wife, Cyndi of Hampden; 7 grandchildren, Tanya Dunton, husband, Joe of Hermon, Renee Light and husband Jason of Winterport, Jon Hutchins and wife Kate, of Orrington, Justin Huntley and wife, Jackie of North Yarmouth, Nicki LeBarnes of Hampden, Jason Huntley of Holden, and Kayla Wass of Nashville, TN; six great-grandchildren, Riley Dunton, Cameron Dunton, Branden Wass, Silas Light, Avery Light, and Aubree LeBarnes; a sister, Kathy Haskell of Milbridge; a brother-in-law, Danny Shook of Antiock, TN; and many special nieces and nephews.

A memorial service will be held 11 a.m., Wednesday, October 30, 2019, at the Hampden-Gilpatrick Chapel of Brookings-Smith, 45 Western Avenue, Hampden. Relatives and friends are invited to share conversation and refreshments with the family at the funeral home immediately following the service, Wednesday. Interment will be in Lakeview Cemetery, Hampden. Those wishing to remember Bob in a special way may make gifts in his memory to Hampden Fire and Rescue, 106 Western Avenue, Hampden, ME 04444. Condolences to the family may be expressed at BrookingsSmith.com
Read Less

Thank you so much for thoughtfulness. He certainly loved his outings there. We will surely miss him being with us. 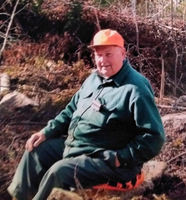 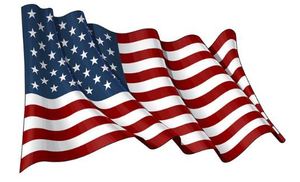