To share your memory on the wall of Gayle Boone, sign in using one of the following options:

We encourage you to share your most beloved memories of Gayle here, so that the family and other loved ones can always see it. You can upload cherished photographs, or share your favorite stories, and can even comment on those shared by others.

Posted Feb 29, 2020 at 09:35pm
Gayle and I were good friends during high school years. I am sad she is no longer with us. We were both fortunate to share many good times with a "regular" group, a special tightly-knit group of about 12. We went to movies together, we "rode around the square" together, we worked on school projects together and visited at each other's homes to listen to Johnny Mathis records or just talk. Gayle was always a smiling friend, helpful and supportive. I remember her well and had a chance to meet her husband, Alan, in later years when I returned for the summer from San Francisco. I hold these memories close to my heart.
Comment Share
Share via: 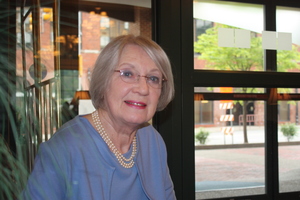