To share your memory on the wall of William Deering, sign in using one of the following options:

At 17, Bill was proud and eager to enlist in the Navy during World War II. Through the V-12 program he was sent to Holly Cross and Tufts University. After the war, he continued his education at the University of Maine and earned his Doctoral degree in psychology from Boston University. He was a medic in the Army National Guard where he retired as Colonel. The Chief Psychologist and Director of Psychological Services at the Bangor State Hospital, leading the Program Directors for State and Federal Psychologists. He was the first psychologist in the State of Maine. Post state retirement, he continued private clinical practice for a few decades.

Bill never missed an opportunity to use his strength and resources to care for others. President of Maine State Retarded Children Association, President of James A. Taylor Hospital Board of Trustees, Founder of New England College of Osteopathic Medicine. Active member of multiple charitable groups, including East Orrington Congregational Church and EOOC's Ladies Aid. Organizer of many of the local Veteran's Day and Memorial Day parades. Received a life-time Achievement award for 66 years of service to the Maine State Employees Association.

Bill passed peacefully in his home on February 19. His family would like to thank all the wonderful people, particularly his good friend, Robert Rhulin, and his caretaker, Elaine Horne, and everyone that worked so hard to make it so Dad could stay in his home with his dog, Miss Daisy, and his cat. A celebration of his life with military honors, will be held at 10:00 AM Saturday, February 29 at the East Orrington Congregational Church. In lieu of flowers a donation may be made to EOCC, 38 Johnson Mill Rd, Orrington, ME 04474, or a charity of your choice. Interment at the Laurel Hill Cemetery, Saco in May.
Read Less

We encourage you to share your most beloved memories of William here, so that the family and other loved ones can always see it. You can upload cherished photographs, or share your favorite stories, and can even comment on those shared by others.

Posted Feb 27, 2020 at 05:21pm
We wish to send our deepest sympathy and respect to the family of Colonel Bill Deering , a beloved member of the Pine
Tree Chapter of Maine, Military Officers Association of America. As a longtime Director and member along with his wife, Janice,
who provided our group with outstanding leadership and personal advice for years. A personal note: Bill set the high bar in
service to others through his doctorate in psychology and gave me courage to continue teaching at university level in natural
sciences. God bless all of you. Rest in peace, Bill, and we know you are still serving others in Heaven. Grateful, Capt. Arthur S.
Allen, Ph.D., US Army (Ret.), Ex Sec./Treas., PTCM/MOAA
Comment Share
Share via:
E

Posted Feb 27, 2020 at 12:30pm
My heart is with all of Bills family I share in your loss. He was an amazing man anpd a pleasure to work and care for i will forever have fond memories.
Blessings of love and light to all. Elaine and Jeff Horne Posted Feb 26, 2020 at 07:20am
Donna, Bo, Paegan, Candy - So sorry to hear of your dad's passing. I have such fond memories of growing up our neighborhood, spending sleep-overs at your house and making mud pies with concrete. He was a caring and generous man. (Brenda Verceles Donroe)
Comment Share
Share via:

Posted Feb 25, 2020 at 03:38pm
I mey Dr. Deering when I was very young when my mom saw him on a regular basis. I'll never forget the trips to McDonald's, Hermon Mountain, summertime swims or the grey high top Nike's. He helped me through a difficult childhood and left a lifetime positive impact on my life! He is now reunited with his soulmate.
R.I.P. Dr. Deering and thank you for all the talks & memories!
My heartfelt condolences to his family & friends.

Posted Feb 24, 2020 at 08:45am
On February 19th this world lost a true gentleman that gave much of his life to the betterment of others. He will be missed.
Comment Share
Share via: 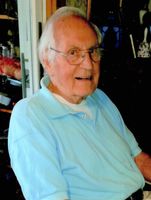