To share your memory on the wall of Kenneth Paigen, sign in using one of the following options:

We encourage you to share your most beloved memories of Kenneth here, so that the family and other loved ones can always see it. You can upload cherished photographs, or share your favorite stories, and can even comment on those shared by others.

Posted Feb 21, 2020 at 01:46pm
I am very sorry to hear of Ken's passing. He was a marvelous human at so many levels. I hold a special fondness for Ken as the director who hired me and brought me to MDI and JAX. The simplest, yet most pertinent, thing I can say about him is that some of my best memories of working at JAX are going down to lunch and being invited to share a table with Ken. The conversation was always going to be good. He was always very much present with you there, interested and insightful. He will truly be missed by all who knew him. My sincere condolences to all.
Comment Share
Share via:
SB

Posted Feb 21, 2020 at 09:51am
Dear Bev and family,
We are shocked and saddened by this terrible news. Ken was a great man.
-Shellie and David Batuski (Beth El)
Comment Share
Share via:
BA

Posted Feb 18, 2020 at 09:21pm
I am so sad to hear the news about Ken. I have many warm memories of summers babysitting at your place on Long Pond so many years ago. Ken had a wonderful sense of humor and I could see he loved you and the kids wholeheartedly. And he was great fun! You were lucky to have him in your lives, and so was I, even for such a brief time. I am glad that I knew him. Please extend my condolences to the whole family and my love especially to David and Jennifer. Would love to see you sometime.

Barbara, email me first initial last name at gmail. I'd love to hear from you! -David 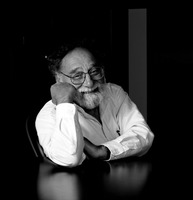 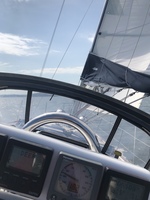