To share your memory on the wall of Harland John Conners, Jr., sign in using one of the following options:

Provide comfort for the family by sending flowers or planting a tree in memory of Harland John Conners, Jr.

Provide comfort for the family by sending flowers or planting a tree in memory of Harland John Conners, Jr.

John married his high school sweetheart, Regina Rideout, and they settled in Bangor and had their three children. They celebrated 52 years of marriage this past October. John was proud graduate of Bangor High School and spent 30 years as a Chef at Pilot’s Grill Restaurant before finishing his career as Head Chef at EMMC. After retirement, he enjoyed working part-time at the Bangor School Department kitchens. He was a loyal member of the Fraternal Elks Club Lodge #244, and enjoyed riding motorcycles, camping, tinkering on vehicles, and during retirement especially enjoyed fishing and golf. John always valued time spent with his family & friends and was a lover of all animals, especially his dogs.

In addition to his parents, he was predeceased by his siblings Eugene Conners, Geraldine (Conners) Bryer and Patricia Conners.

Surviving in addition to his wife, Regina (Rideout) Conners, are his daughter Wendy (Conners) Warren and her husband, David, of Bangor; daughter Renee (Conners) Wright and her husband, Patrick, of Hudson; son Harland John Conners, III and his wife, Lindsay, of Sutton, MA; four grandchildren, Randy Moran, Kaylie French, Grace Conners and Ella Conners. He is also survived by his sister Natalie (Conners) Huseby of Holden; sister Elizabeth (Conners) McLaughlin and her husband, Donald, of Bangor; Catherine (Conners) Bryer of Clifton; Sylvia (Conners) Dwelley of Levant; Edward Conners and his wife, Rhonda, of Hampden; many nieces and nephews. The family would like to extend their appreciation to family members and friends for their ongoing support and a special thanks to Auburn and the Staff of Kindred Hospice.

Relatives and friends are welcome to call 5-7:00 p.m. Tuesday, March 10, 2020 at Brookings-Smith, 133 Center St., Bangor. A Funeral Mass will be held 11 a.m. Wednesday, March 11, 2020 at St. Paul the Apostle Parish, St. John’s Catholic Church, 207 York St., Bangor. The Rite of Committal will be held at Mount Pleasant Catholic Cemetery, Bangor immediately following the Mass on Wednesday. The family invites relatives and friends to share conversation and refreshments in the Parish Hall following the interment.

John was a fighter and in his final fight, he fought one hell of a battle! In lieu of flowers, the family asks to please consider making gifts in John’s memory to the Fight Colorectal Cancer Foundation at https://champions-of-hope.funraise.org.
Read Less

We encourage you to share your most beloved memories of Harland John here, so that the family and other loved ones can always see it. You can upload cherished photographs, or share your favorite stories, and can even comment on those shared by others.

Posted Mar 11, 2020 at 06:31pm
Gina and family, I am so sorry for your loss. John was a one of a kind guy and a huge part of my wonderful memories of Pilot's Grill.
Thinking of you all, Pam Oertel, the cake lady.
Comment Share
Share via:

Posted Mar 09, 2020 at 07:39am
John was always so kind to me all the years we were neighbors. I always liked seeing him out walking his pups. I bet Max and Lacey are sitting in his lap right now. Love to you all. Dorian
Comment Share
Share via:
SP

Posted Mar 06, 2020 at 03:59pm
Worked many years with John at various kitchens in Bangor area! I learned a lot of things about cooking from him. Rest in. Peace my brother-in- law!
Comment Share
Share via: 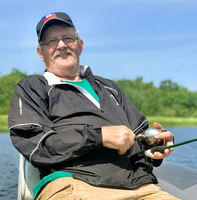 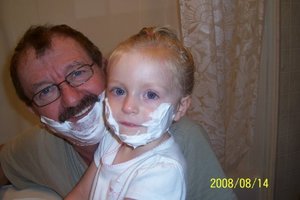 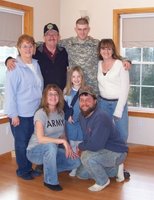 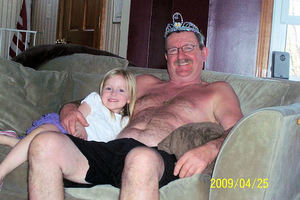