To share your memory on the wall of Willard Carleton, sign in using one of the following options:

Provide comfort for the family of Willard Carleton with a meaningful gesture of sympathy.

Bill attended schools in Union. He worked at Sullivan Ford Sales in Bangor for many years, and later owned B&L Auto Sales in Hampden with his wife, Louise. Bill’s first love was racing cars, earning him the nickname, “Wild Bill”. He was a 2005 inductee into the Maine Motor Sports Hall of Fame, winning well over 100 races during his racing career. Bill also enjoyed racing snowmobiles during the winter. He was a member of the Hampden Kiwanis, and Goodwill Riders Snowmobile Club of Hampden.

In addition to his parents, Bill was predeceased by 2 brothers, and one sister. He is survived by a daughter from a previous marriage, Dawn Towers; two grandchildren; four great-grandchildren; many nieces, nephews, and a special friend, David Webster.

A Funeral Mass will be held 11a.m., Saturday, March 21, 2020, at St. Paul the Apostle Parish, St. Matthew’s Catholic Church, 70 Western Avenue, Hampden. Relatives and friends are invited to share conversation and refreshments in the parish hall immediately following the Mass, Saturday. Private interment will be in Lakeview Cemetery, Hampden, in the spring. Those wishing to remember Bill in a special way may make gifts in his memory to Good Shepherd Food Bank, PO Box 1807, Auburn, ME 04211-1807. Condolences to the family may be expressed at BrookingsSmith.com
Read Less

We encourage you to share your most beloved memories of Willard here, so that the family and other loved ones can always see it. You can upload cherished photographs, or share your favorite stories, and can even comment on those shared by others. 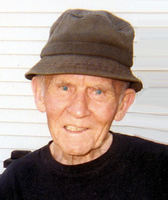 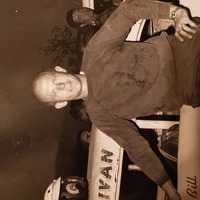