To share your memory on the wall of Barbara Norris, sign in using one of the following options:

Print
BANGOR- Barbara Jeanne (Leard) Norris, 71, passed away peacefully, May 26, 2020, surrounded by her children after a brief battle with cancer. She was the daughter of Samuel E. and Edna M. (Rideout) Leard.

Barbara graduated from Waltham... Read More
BANGOR- Barbara Jeanne (Leard) Norris, 71, passed away peacefully, May 26, 2020, surrounded by her children after a brief battle with cancer. She was the daughter of Samuel E. and Edna M. (Rideout) Leard.

Barbara graduated from Waltham High School, Waltham, Massachusetts and Chandler School for Women, Boston, Massachusetts. She moved to Maine in 1968 and worked as a real estate paralegal in Bangor. Barbara was a member of the Lionettes Club in Bangor and served as both Treasurer and President. She also enjoyed volunteering at Northern Light Eastern Maine Medical Center. In addition to volunteering she enjoyed walking, reading, knitting, crocheting, jumble and crossword puzzles, bowling and spending time with her family. Barbara particularly loved the water for the peacefulness it brought her while either sitting at the lake or going to the ocean to hear the waves crash against the rocks.

In addition to her parents she was predeceased by her sister-in-law, Jane C. Leard and best friend, Gittan Cattelle.

She is survived by her children, son, Chad R. Norris and his wife, Erika R.; her daughter, Erica J. Parker and her husband, Stephen; grandchildren, Tyler A. Norris, Connor S. Parker, Kolby A. Norris and Reegan N. Parker; brothers, Richard W. Leard and John S. Leard and wife, Elaine; special cousins, Linda Parkin and Judy Nicholas; several nieces, nephews and grandnephews.
She cherished the time with her children, grandchildren, daughter-in-law and son-in-law, and her “granddogs” and special
friends, Ginny and Barry Hodge, Bill Cattelle and family, Sandie Wainwright and Ben and Betty Ann Haskell, Peter Coulton. Barbara was thankful for the memories and lessons, as well as support, her family and friends gave to her.

A celebration of her life will be held 4-6 PM Thursday, June 25, 2020 at the Family Reception Center of Brookings-Smith, 163 Center Street, Bangor, Maine 04401. Those who wish to remember Barbara in a special way may make gifts in her memory to the Bangor Humane Society, 693 Mount Hope Avenue, Bangor, ME 04401.
Read Less

We encourage you to share your most beloved memories of Barbara here, so that the family and other loved ones can always see it. You can upload cherished photographs, or share your favorite stories, and can even comment on those shared by others.

All of our love, Joshua and Cheyenne Leard and With Love, Mary and Jim Carson and family sent flowers to the family of Barbara Jeanne Norris (Leard).
Show you care by sending flowers

All of our love, Joshua and Cheyenne Leard

Posted Jun 23, 2020 at 06:20pm
We love you, are thinking of you, and are praying for you all to be filled with the peace that passes all understanding.

All of our love, Joshua and Cheyenne Leard purchased flowers for the family of Barbara Norris. Send Flowers

Flowers were purchased for the family of Barbara Norris. Send Flowers

Bright and Beautiful Spray was purchased for the family of Barbara Norris. Send Flowers

With Love, Mary and Jim Carson and family

Posted Jun 21, 2020 at 11:16pm
Our Sincere Condolences, She is dearly loved, and will always be deeply missed.

With Love, Mary and Jim Carson and family purchased the Dawn of Remembrance Basket for the family of Barbara Norris. Send Flowers

Posted Jun 03, 2020 at 02:17pm
My deepest sympathies to the Barbara's family. It was with great sadness to learn of her recent passing. I used to work with Barb at Rudman & Winchell. She was a great person, a valued and hard-working employee. We shared many good times at work. We had also recently corresponded on FB messenger and had planned to get together soon. I will remember her with fondness. May she Rest In Peace, and may the family find comfort in the many precious memories of her. 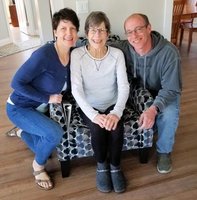 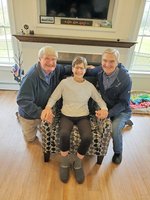 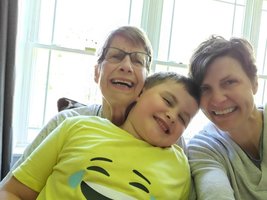