To share your memory on the wall of Virgil Phinney, sign in using one of the following options:

Virgil was homeschooled thr... Read More
Virgil E. "Jack" Phinney, Sr., 91, went home to be with the Lord on July 30, 2020 at his camp in Steuben. He was born November 1, 1928 in Milbridge, and was raised by his grandparents, Jesse and Lucy Phinney.

Virgil was homeschooled through high school, traveled to college in Washington, DC, and received a degree in Accounting. He returned home in 1949 and met his wife, Lillian, in 1950. They married on September 27, 1951 in Steuben and have celebrated 68 years together. They moved to Bangor in 1952 where he worked as a cook at BMHI. While there, he became a food manager for the state until he retired in 1980. After retirement, he worked as a bookkeeper at Bangor Baptist Church and as a treasurer at Twin City Baptist Church. He loved spending time at his camp in Steuben with his family. Virgil was a member of Messiah Baptist Church in Bangor.

He was a godly, loving, and affectionate husband, father, and grandfather. Virgil was dependable and full of wisdom. He had a great sense of humor and was a fantastic storyteller. Virgil valued his family the most in his life and prayed for them daily.

He is survived by his wife, Lillian (Hartford) Phinney, and their children, Virgil E. Phinney, Jr. of Gatesville, TX; Geraldine “Gerry” Guerrette and her husband, Dwight, of Glenburn; Angel Freeman and her husband, Richard, of Bangor; nine grandchildren--Heather, John, Emily, Andrew, Jessica, Sarah, Grace, Dwight, and Jullii; six great-grandchildren; and three half-siblings, Elwood, Mary, and Earl. He is predeceased by his grandparents, Jesse and Lucy Phinney, his mother, Marjorie Haverlock, and his half-brothers, Malcolm (Sonny), Richard, Paul, and Jimmy Haverlock.

A funeral service will be held 11:00 a.m. Tuesday, August 4, 2020 at Messiah Baptist Church, 985 Union St., Bangor, with Rev. Gary Horton, officiating. His interment will be held 3:30 p.m. at Evergreen Cemetery, Milbridge, with Rev. Ambrose Rolfe, officiating. Those who wish to remember Jack in a special way may make gifts in his memory to Messiah Baptist Church, 985 Union St. Bangor, ME 04401.

Condolences to the family may be expressed at BrookingsSmith.com.
Read Less

We encourage you to share your most beloved memories of Virgil here, so that the family and other loved ones can always see it. You can upload cherished photographs, or share your favorite stories, and can even comment on those shared by others.

Your Family at Russell Patten Insurance sent flowers to the family of Virgil E. Phinney Sr.
Show you care by sending flowers

Your Family at Russell Patten Insurance

Your Family at Russell Patten Insurance purchased flowers for the family of Virgil Phinney. Send Flowers 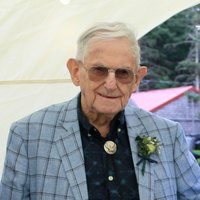