To share your memory on the wall of Robert Anderson, sign in using one of the following options:

Robert loved a good joke and would often start laughing before finishing the joke and only finish when he had composed himself. He and his wife, Kathy, have spent their winters in Green Valley for the past 15 years. He loved the game of golf and had the nickname, “Banana Bob”, because he sliced the ball and it would go left to right because of his slice. He was even keeled and handled bad shots well. In our neighborhood in Arizona he was known as the, “mayor”, because he loved to walk through the neighborhood to see how everyone was doing, thus the nickname.

He has been in declining health for five years and contracted COVID 19 recently. The family would like to thank the staff at Foothills Rehab Center in Tucson and Solistic Hospice for their wonderful care of Robert and their support during this difficult time. Also much thanks and appreciation to our many friends in Bangor and Green Valley.

After graduating from Husson College in Bangor in 1964 he attended OCS at Fort Benning, GA and upon graduation he was sent to Vietnam as a Second Lieutenant and served 13 months overseas. He received his promotion to First Lieutenant as a member of the Big Red One while on the battlefield.

After his return from Vietnam he married his sweetheart, Kathy, and they were transferred to Salt Lake City, Utah where he was assigned to the AFEES station inducting new recruits into the army at Ft. Douglas. On his release from the army he worked as a stock broker in Bangor for the next 40 years ending as a registered representative for RBC and retired as a Vice President at the Bangor branch.

Both he and Kathy were 1964 graduates of Husson College and in 2005 he was inducted into the Husson Hall of Fame. He was a member of Kappa Delta Phi Fraternity at Husson and served as Chaplain. Robert was a member of Rising Virtue Lodge #10 AF and AM in Bangor. He also served on the board of the Salvation Army and was on the Board of Directors of Katahdin Trust Company up until his ill health. He also served as Chaplain and King Lion of the local Lions Club.
Robert was predeceased by his parents, a sister, Roberta Babb and a brother, Glen Richard Anderson.

He is survived by his wife of 54 years and two wonderful sons, Jason of Bangor and Geoffrey of Augusta and his fiancé, Carol Washburn. A sister, Judith Pullen of CT. and her wonderful supportive daughter, Mary Jayne Maher, her husband Chris and their daughter, Ashley. Also the children of his sister, Roberta, Jennifer Wickenden and Rebecca Babb-Brott of Camden.

A date for visiting hours and service will be published at a later time.

Those wishing to remember Robert in a special way may contribute in his memory to Foothills Rehab Center, 2250 N. Craycroft Rd., Tucson, AZ. 85712 or the Bangor Area Homeless Shelter, 263 Main St. Bangor, ME. 04401.
Condolences to the family may be expressed at BrookingsSmith.com.
Read Less

Posted Aug 11, 2020 at 08:11am
Kathy, So sorry to hear this. I always enjoyed Bob and felt he was a down to earth person that anyone could approach and be his friend. You 2 made a great couple.
Comment Share
Share via:
JC

Oh, Kathy, I’m so sorry for your loss! Garth and I thought a lot of Bob. Thinking of you and the boys. Sending Hugs! 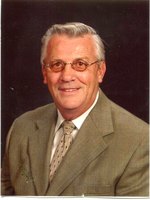 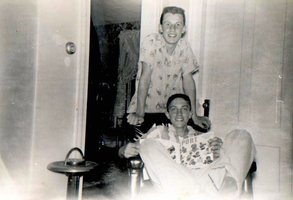 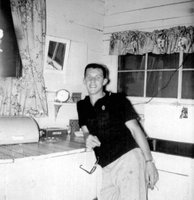