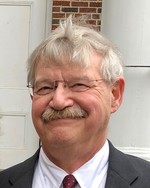 John Thomas Singer passed away on October 7th at home surrounded by family after a long battle with lung cancer. He was born on May 7, 1953 in Canton, Ohio, the son of John R. and Janice E. (Fitzpatrick) Singer.

John graduated from Lincoln High School in Canton, Class of 1971, and attended Denison University in Granville, Ohio, graduating with a BS in Biology in 1975. After attending the University of Dayton in a Master’s Program for two years he transferred to a PhD program at the University of Georgia in Athens. While at UGA he met his wife Patricia Barrineau. John graduated in 1983 with a PhD in Microbiology and went on to a Post Doctoral position at Burroughs Wellcome In Research Triangle Park North Carolina. John and Patty were married while living in North Carolina.

They settled in Old Town, Maine in 1985 where John took a job as an Assistant Professor of Microbiology at the University of Maine in Orono. John remained at the university until his retirement in December 2019. While there he rose to the level of Professor and served as department chair for eight years. John was an avid outdoorsman and animal lover and thoroughly enjoyed the outdoor activities Maine had to offer. He particularly loved his time at their camp on Stetson Pond, fishing and spending time with their dog Daisy.

John is survived by his wife of 36 years, Patricia Barrineau Singer; son, Patrick Singer and his fiancée, Monica Hetzel, of Saco; daughter, Amy Downing and her husband, Justin, of Hermon; sister, Joan Keeper and her husband, Rich, of Canton, Ohio; sister-in-law, Lindsey Jackson and her husband, Andy, of Brooks, Georgia; brother-in-law, Bill Barrineau and his wife, Donna, of Lakewood Ranch, Florida; many nieces and nephews. John was predeceased by his parents.

There will be no public services. Those who wish to remember John may make a donation in his memory to the Old Town Animal Orphanage 71 Airport Rd, Old Town, ME 04468 or to the Maine Youth Fish and Game Association, P.O. Box 337, Stillwater, Maine 04489.
Condolences to the family may be expressed at BrookingsSmith.com.

This obituary is protected by copyright by Orono. Proudly Serving the Community of Orono. Orono is located in the state of Maine, United States.