To share your memory on the wall of Reginald Collins, sign in using one of the following options:

He obeyed the Gospel late in life and knew, and often said, that Jesus was his Savior. Reg knew that when this life ended, he would see his Lord in Heaven.

Reginald was a 1952 graduate of East Corinth Academy and enlisted in the United States Air Force after graduation. He married the lovely Phyllis Tozier in 1954 and together they enjoyed a sixty-three year marriage that was ended by her passing in 2017. Together they had six children; Dianne, Baby Boy Collins, Reggie Jr., Cindy, Linda, and Jimmy.

Reg served his country as an Aircraft Equipment Technician during the Korean, Viet Nam, and Cold Wars. Duty stations included: Presque Isle AFB, Maine; Dow AFB, Bangor; Thule AFB, Greenland; Pittsburgh AFB; Ethan Allen AFB, Burlington, Vermont; Suffolk County AFB, New York; Otis AFB, Mashpee, Massachusetts; Eielson AFB, Fairbanks Alaska; Korat Royal Thai AFB, Thailand, and finally the last stop of his twenty years of service to our country, McClellan AFB, Sacramento, California. Wherever he was sent, and whenever it was possible, the family would join him. But no matter where Reg was stationed, he always knew the way home to Maine! And, after his daughters were married, he and Phyllis returned home to East Corinth, finally settling in Carmel, where they were together until her passing nearly three years ago.

Reg found joy in many interests. He was an excellent mechanic. He was a helpful neighbor. He loved reading, which he did until his eyesight failed. His love of outdoors and wildlife was legendary amongst his family. He and Phyllis often “would go exploring” the backwoods or backroads, on foot, or in a car. It was said of him that he “knew every road and trail in Penobscot county.”

He loved his family and we watched his eyes light up with joy when talking to his granddaughters and he would listen with enthusiasm when hearing the stories of his great grandchildren.

Reg is survived by three daughters and one son; six grandchildren and nine great-grandchildren.

There will be a graveside service with Military Honors at the Corinthian Cemetery in Corinth, Maine on Friday, October 16, 2020 at 1:00pm with Minister Steve of the Church of Christ presiding.

All of Reg’s family appreciate the loving care provided by the Northern Light Home Health Hospice. We would be remiss without mentioning the care, respect and dignity that was afforded him as resident of Winterberry Heights. Remembrances and condolences can be expressed at BrookingsSmith.com.
Read Less

We encourage you to share your most beloved memories of Reginald here, so that the family and other loved ones can always see it. You can upload cherished photographs, or share your favorite stories, and can even comment on those shared by others.

Posted Oct 13, 2020 at 11:37am
Sorry to hear of Reggie's passing. He was always a happy go lucky guy when he visited with my parents Ethel (Alta's sister) and Norman Strout. He was one of my older cousins so I never really got to know him very well but I know my mom thought a lot of him. Our condolences to the family.
Comment Share
Share via: 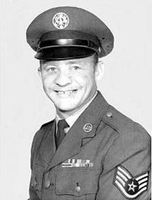 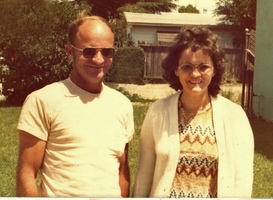