To share your memory on the wall of Shane Leighton, sign in using one of the following options:

He was born to parents Robert and Linda (Robinson) Leighton, on November 15, 1971, in Eastport, Maine. He was raised in Brewer with his three siblings and graduated Brewer High School in 1990. Shane later became an independent contractor, where he excelled in his talent to refurbish many buildings throughout the state. His desires to help others and work diligently with his hands enabled him to be an admirable handyman and hard worker.

One of Shane’s biggest accomplishments was being a father. He was exceptionally proud of his twin children, Steven and Taylor Leighton, and gifted them an abundance of bright memories filled with mini-golfing, fishing, and extensive laughter. He made time to enjoy bowling and collecting a wide variety of items, and always found himself adoring the company of his cherished pup, “Tina.” Shane was also often found gleefully singing along to music and practicing guitar; relishing in outdoor activities such as gardening and barbecuing; and passionately cheering on his favorite sports teams: the New York Yankees, the New England Patriots, and the Boston Bruins. As an avid fisherman, Shane found comfort by the riverbanks under the warmth of sunshine.

Anyone who spent time with him, knew that Shane was a kind-hearted man who uplifted their spirits with his wonderful sense of humor and reliable personality. He was amicable and thought of others often, bringing a sense of positivity to those who knew him.

Shane is survived by his former wife and their twin children, Steven and Taylor Leighton; his mother, Linda Leighton (Robinson); his sisters, Sheila Sprung and her husband Thomas, Bobbi DeRoche and her husband Leo; his brother, Michael Leighton; his neice and nephews, Andrea and Jack Williams, Dylan and Declan Sprung; many loving cousins, aunts and uncles; numerous friends and his beloved Pomeranian, “Tina.” Shane was predeceased by his grandparents, Ruby and John Robinson; and his father, Robert Leighton.

Due to the pandemic and restrictions, a celebration of Shane’s life will be held in the Spring/Summer of 2021.

We encourage you to share your most beloved memories of Shane here, so that the family and other loved ones can always see it. You can upload cherished photographs, or share your favorite stories, and can even comment on those shared by others.

Plant a Tree in Memory of Shane
Plant a tree 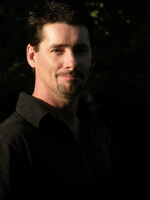 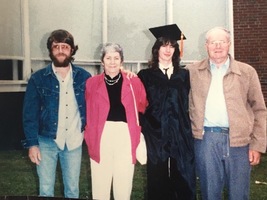 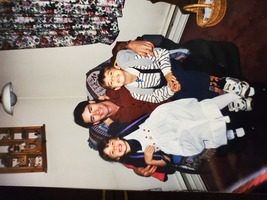