To share your memory on the wall of Richard Cyr, sign in using one of the following options:

Dick graduated from Fort Fairfield High School, Class of 1964. After graduation he enlisted in the U.S. Army and served in Korea during the Vietnam War. He was awarded the National Defense Service Medal and Sharpshooter Badge.

When Dick returned home to civilian life, he settled down in Meriden, Connecticut and worked for thirty years at Allegheny Ludlum Steel in Wallingford, Connecticut as a furnace operator and gas tender.

He was married to Louise (Cleaves) Hand on June 24, 1983. After retirement Dick and Louise moved back to Maine and settled in Levant. He worked for nine years at Dysart’s delivering to the “C” stores. He enjoyed golf and fishing with his brother-in-law, Gene. Dick loved spending time with family playing Cribbage, 45, and Hand & Foot. He especially liked spending time at his “shooting” camp in Hudson. This is where he spent many hours using his tractor, tools and talent to make walking/snow shoeing trails. He also hosted family brunches at camp where his signature French Toast was always a big hit.

In addition to his parents Dick was predeceased by his sisters, Susan Cyr and Ethyl Athmer; brothers-in-law Gene Athmer and Norman Watson; his wife’s parents, Omer and Donalda Cleaves; and many aunts, uncles and cousins.

A graveside service will be held at Mount Pleasant Cemetery, Dexter, in the spring at a date and time to be announced. Those who wish to remember Dick in a special way may make gifts in his memory to either the Fort Fairfield High School Alumni Assoc., P.O. Box 201, Fort Fairfield, Me 04742 or St. Paul’s Episcopal Church, c/o Gloria Towle, 645 Houlton Road, Easton, Me. 04740-4038.
Read Less

We encourage you to share your most beloved memories of Richard here, so that the family and other loved ones can always see it. You can upload cherished photographs, or share your favorite stories, and can even comment on those shared by others. 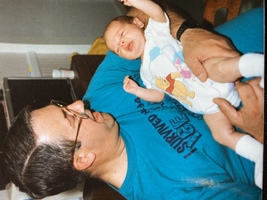 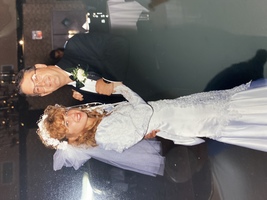