To share your memory on the wall of Terrance Frost, sign in using one of the following options:

Print
Terrance L. Frost, 73, passed away at home with his family, after a short illness, on February 17th, 2021. Being the eldest son of Lyman P. Frost and Elura (Bemis) Frost of Glenburn, ME.

Terry joined the U.S. Navy after graduating from... Read More
Terrance L. Frost, 73, passed away at home with his family, after a short illness, on February 17th, 2021. Being the eldest son of Lyman P. Frost and Elura (Bemis) Frost of Glenburn, ME.

Terry joined the U.S. Navy after graduating from Hermon High school, and then spent most of his working years at General Electric in Bangor, Maine. Residing mostly in Levant. He was an avid fisherman, spending many great years going down to Grande Lake Stream with his dear friend Bernie Calligan. When not fishing or hunting, he loved his gardens, lawns and cutting wood. Fall always brought this hunter to basically live in the woods. Many great times and stories were had by his group of hunters.

He is survived by his wife Marian Deschene Frost; two daughters Kari (Mike) Crouse of Glenburn and Rebecca (Jeff) Haskell of Newburgh; two step daughters Nichole McClure of Bucksport and Jessica McClure of Levant; grandchildren, Zackary, Allison, Keagan, Brodrick, Trenton, Zayleigh and Winter; great grandson Ronan; siblings, Paulette (Charles) MacLauchlan, Dennis Frost and Brian Frost; several in-laws throughout Maine as well as nieces and nephews. In addition to his parents, he was predeceased by a brother Stephen Frost. Special thanks to Dee at Northern Light Urology for the exceptional help in trying to get all we needed for Terry. Also to Northern Light Hospice for the quick care given by Donna, Melissa and staff so we were able to keep him home. Thank you to Levant Fire/Rescue for being there when we needed them.

A private Service of Remembrance will be held 11:00 AM, Friday, February 26, 2021, at Brookings-Smith, 133 Center Street, Bangor. Please be mindful of others by practicing social distancing, wearing a face covering, and staff will be conducting contact tracing. Those wishing to live stream may do so by going to Brookings-Smith.com and click on the available live stream icon. In lieu of flowers, donations may be made to Levant Fire/ Rescue, P.O. Box 220, Levant, ME 04456 or a hospice near you. Condolences to the family may be expressed at Brookings-Smith.com.
Read Less

We encourage you to share your most beloved memories of Terrance here, so that the family and other loved ones can always see it. You can upload cherished photographs, or share your favorite stories, and can even comment on those shared by others.

Donna and Donald Deschene and family sent flowers to the family of Terrance Lee Frost.
Show you care by sending flowers

Posted Feb 27, 2021 at 09:17am
I watched Terry's memorial service online. Growing up,Terry was like a big brother to me. I remember going with him to fish the Pleasant River ,and many hunting and camping trips.In fact, I got my first deer on one of those trips. I will miss him lot.Cleveland Bemis.
Comment Share
Share via:
DF

Donna and Donald Deschene and family

Donna and Donald Deschene and family purchased flowers for the family of Terrance Frost. Send Flowers

Posted Feb 22, 2021 at 04:27pm
So very sorry that Terry passed away. My condolences to Marian, all of his families and all of his friends. He was a wonderful guy. Loved the stories of his fishing and hunting adventures. He took so many trips. He lived a full and exciting life. He always had a smile on his face and was happy to see you. Will always remember how he helped my husband and my son, when they were out at a fishing spot. To be out in the middle of nowhere in need, only to find that the man helping you is your future brother-in-law, and you had never met before. How cool is that! My husband thought it was pretty awesome, and it was! I will miss you very much. I will miss your quick wit comeback statements. They were so funny. I will miss your smile and hug at get togethers. Until we meet again . . .
Comment Share
Share via:
PB

Posted Feb 22, 2021 at 09:13am
Dear Marian,
I am so sorry about the sudden passing of your husband Terri. Sending prayers to you and your family.
Brian Stanley shared the news this morning at morning meeting. I learned of his passing from Holly and Richard last week. I saw the obituary on Saturday in the paper. I was surprised by the news of your retirement. I will miss your stories, creative talent and laughter. I have enjoyed working with you at BSB. Best of luck.
Comment Share
Share via:
D

Posted Feb 21, 2021 at 04:20pm
Terry was such a kind soul that gave so much of himself to others when he didn't have too. Giving a young hunter the experience of a life time at a time in his life when it was most needed. The lessons given during the hunt are memories to last a life time and help to form this young boy into the man he is today. For that I will always be grateful to Terry. His giving of himself has been giving forward in hunting and surely will continue for many years to come. I have never met a kinder soul in my life like Terry. 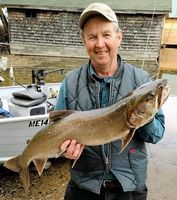 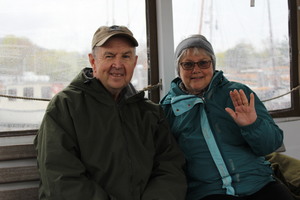