To share your memory on the wall of Henry Sainio, sign in using one of the following options:

Henry’s family moved to Washington, Maine on July 3, 1932, to a farm they purchased on the corner of Calderwood and Sprague Road. His father died in 1937, when Henry was almost eight. Life was a struggle for the family. As a young boy, Henry spent an entire summer working and saving to pay off his father’s cemetery plot to help his mother. He worked summers as a bus boy at the Stetson Camps in Jefferson while his mother worked as a cook. A wealthy family at the camp wanted to adopt him but he turned them down. He dropped out of high school to go to work to help support the family. He lived with his older sister and her husband, in Massachusetts and built silos across Rhode Island and rural Massachusetts. In 1951, Henry was drafted into the army and decided to marry his fiancée, Dorothy Ripley, before heading for boot camp. He served both as a Corporal and as an MP in the Viking Division at Fort Rucker in Enterprise, Alabama. Once discharged from the service, Henry worked for various small construction firms in the mid-coast area before joining H.P. Cummings. As a super for H.P. Cummings, he oversaw multi-million-dollar construction projects (primarily banks, hospitals and schools) throughout New England, including: Northern Lights Hospital (EMMC), Camden National Bank, Pen Bay Medical Center, Colby College, Maine Maritime Academy, Central Maine Medical Center, Down East Community Hospital, Brunswick Regional Hospital, and Philips Exeter Academy. Wherever his job took him, Dorothy and his daughter, Susan, went with him. Moving on short notice was not unusual. He would get a call on Friday to start a new job in a new city and state on Monday and the family would go.

Henry loved to play baseball and played on the Washington Town Team. They were not a winning team, but they had a lot of fun. He was an active volunteer in the community, serving as Fire Chief for many years. It was during this time that his sauna caught on fire and burned flat while he was watching tv. That news made a headline in the Courier, “Fire Chief Watches TV while his Sauna Burns Flat” which resulted in a lot of razzing. Henry served as a 4-H leader, was a very active member of Evening Star Grange and spent every Saturday night for several years starting the fire at the South Liberty Baptist Church so it would be warm for services on Sunday morning.

Henry loved to garden, spending hours during the winter studying his seed catalogs and in the summer, planting and raising a multitude of vegetables. Some he sold to local farm stores, some he sold at the local farmers market and much was given away. He passed this passion on to his granddaughter, Hilary. He also enjoyed country music and dancing. He and his wife spent every Saturday night at local dances that resulted in many new friendships.

Besides building his own house, he also built his daughter’s cottage with the help of Wayne and Ernest Hooper and his son-in-law and grandson. During this project he tried to pass on a portion of his construction knowledge to his son-in-law, Scott and grandson, Gregory.

Connecting with his Finnish family in recent years, thanks to Facebook, made him very happy; especially, when some family members came to visit in 2013 and others came in 2019. He prominently displayed a framed picture of the cow house and key from the farm where his father had been raised.

He is survived by a daughter, Susan Edwards and her husband, Scott; grandchildren, Hilary Clark and Gregory Edwards; and many other close family members. His wife, Dorothy, of nearly 70 years, predeceased him in November 2020.

When Dorothy died in November, the loss of his lifetime companion and the loneliness of COVID-19 isolation took their toll. A joint service to celebrate Henry and Dorothy will be held at a later date. Donations may be made in Henry’s honor to the Washington Fire Department, PO Box 244, Washington, ME 04574.
Read Less

We encourage you to share your most beloved memories of Henry here, so that the family and other loved ones can always see it. You can upload cherished photographs, or share your favorite stories, and can even comment on those shared by others.

3 trees were planted in the memory of Henry Sainio

Posted Mar 01, 2021 at 03:47pm
We will miss Henry so very much. Especially the little smirk when he was about to crack a joke. RIP dear brother-in-law.
Comment Share
Share via: 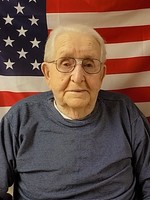