To share your memory on the wall of Jane Dyer, sign in using one of the following options:

Jane graduated from Hampden Academy, cl... Read More
KENDUSKEAG - Jane E. Dyer, 76, died April 16, 2021 at a Bangor hospital after a long illness. She was born April 5, 1945, in Newport, Maine, the daughter of Fred Alton Cook and Dorothy May White.

Jane graduated from Hampden Academy, class of 1963. After High School she worked as a hair dresser and bank teller. She married her husband, Michael Neal Dyer on January 1, 1967. Jane and Mike lived in many places, from Honolulu, Hawaii to Syracuse, NY, and several locations throughout Maine during Michael’s service in the United States Air Force. Jane and Michael moved to Kenduskeag in June of 1984 following his retirement.

In addition to her parents Jane was predeceased by her husband, Michael and her brother, John Cook of Palmyra.

In keeping with Jane’s wishes, a graveside service will be held 1pm Saturday May 8, 2021 at Kenduskeag Village Cemetery where family and friends can join together and share memories. In lieu of flowers please donate to your local humane society or animal shelter.
Read Less

We encourage you to share your most beloved memories of Jane here, so that the family and other loved ones can always see it. You can upload cherished photographs, or share your favorite stories, and can even comment on those shared by others. 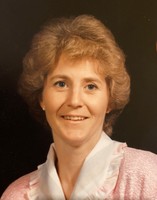