To share your memory on the wall of David Wright, sign in using one of the following options:

David was born on January 15, 1938 in Campton, New Hampshire where he spent his early years on the Merrill farm with his grandparents and various cousins. He moved to Fort Fairfield Maine at the age of 13 with his mother Rachel and step-father Rev. Walter Frye. He attended Fort Fairfield High School and graduated in 1955. This is where he met the love of his life, Joan Sirois. They wed on May 30, 1959 and settled down in Fort Fairfield where he became a well known meat cutter. He worked at Hederick’s IGA and then was the owner of C & W Enterprises, a local sandwich shop. He is remembered fondly by many for his roast beef sandwiches and spiced rolled roasts.

David was an active member of his community in Fort Fairfield. He and Joan were members of the J.C.s as a young couple. He served on the Town Council, School, Board, and Housing Authority. Dave served on the board of the Sister Mary O’Donnell Shelter for the Homeless for many years. He started the Project Graduation program in Fort Fairfield for the Class of 1981 and famously held a fundraiser allowing the highest bidder to shave his beard. He came out of retirement to work for the Town of Fort Fairfield as the flood mitigation officer after the historic flood of 1994. After Hurricane Katrina he went to work with FEMA to New Orleans to share his expertise. He ended his career at Aroostook Mental Health Center, developing the transportation program for mental health and substance abuse clients. He was given numerous awards and recognitions including the Governor’s Award.

In his later years, he and his wife Joan moved to Hermon Maine to be closer to their children. Dave enjoyed getting coffee at Frank’s Bakery and was happiest when in front of his grill surrounded by family and friends. There will be no services at this time. In lieu of flowers, donations may be made in his name to the Homeless Services of Aroostook at P.O. Box 1753, Presque Isle, ME 04769 attn; Lisa McLaughlin. Condolences to the family may be expressed at BrookingsSmith.com.
Read Less

Print
There will be no Memorial Services at this time

We encourage you to share your most beloved memories of David here, so that the family and other loved ones can always see it. You can upload cherished photographs, or share your favorite stories, and can even comment on those shared by others.

Posted Jun 05, 2021 at 12:40pm
Joan and Family Sorry for your loss. Dave was a very jolly person and a great sandwhich and pizza maker. Used to love getting them.. My Thoughts and Prayers are with you all.
Comment Share
Share via:
CT

Posted Jun 05, 2021 at 11:02am
Knowing David’s expertise, I was intimidated having David, Joan, and Julie for a meal before our son Kurt and Julie were married. I need not have been. David and Joan always treated us like family from the beginning. There was just Ted and I and Aunt Marge, and we were always included for all the holidays, surrounded by lots of love and laughter, enjoying David’s delicious roasts, huge pots of vegetables and every kind of pie you can think of. David and Joan were unhurried and gracious hosts. After we moved many miles away it was always a joy to see them on many happy occasions such as our grandchildren’s graduations, weddings, etc. Julie and Kurt now welcome family and friends with good food and conversation in the same way as David and Joan.
David will be missed.
Comment Share
Share via: 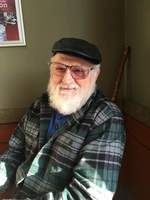